Originally constructed in 1850, the Delton Academy was a one room Baptist Boys School House. It continued as such
until the time of the civil war. In 1865, it became the Delton Methodist Church. In 1894 the church was expanded and the entry way and side room additions were built. What was originally the entrance was replaced with the G.A.R stained glass window and the bell tower was added. During this period it was also used as the G.A.R Hall. The Grand Army of the Republic was the Civil War version of the VFW for the Union Army. In 1868, General Order #11 of the GAR called for May 30th to be designated as the day of memorial for Union veterans; originally called “Decoration Day”, it later evolved into the U.S. National Memorial Day Holiday. The GAR was also active in pension legislation, establishing retirement homes for soldiers, and many other areas which concerned Union veterans. The
influence of the G.A.R. led to the creation of the Old Soldiers’ Homes of the late 19th century, which evolved into the current United States Department of Veterans Affairs. The back room, bathrooms and kitchen addition were added sometime in the 1950’s. In the 1970’s the Methodists built a new church across the lake and vacated this one. It was then purchased by a group of local residents and it became the Old Academy Antique Mall. In the Spring of 2007, the building again undertook a revamping and became what you see today; the oldest public building in the Southwest Wisconsin area and home of the BRAT HOUSE GRILL. It is remarkable what great shape the place is in given its extensive and carried history.  We hope you enjoy your visit and come back often 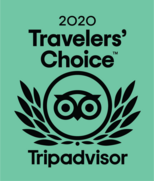 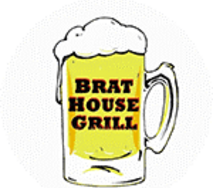 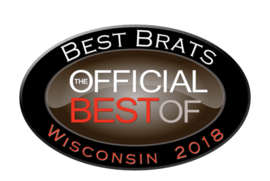 Brat House Grill (est 2007) is located in an 1850's Historic Church. It now embraces everyone and houses a bunch of sinners, in the most non judgmental way!! We are known for having "The OFFICIAL BEST BRATS" in the State of Wisconsin. We are also getting recognized on a national level with Flavored Nation Food Festivals across the country, representing the state for Bratwurst. Most recently we have been awarded the Trip Advisor 2020 Travelers Choice Award Winner.

Don't worry!! We have all types of food here to share, pick your protein, we have it! Stop in for out HOMEMADE soups, side dish specialties, and save room for HOMEMADE DESSERTS.

Known in the area for FRIENDLY AND EXCEPTIONAL SERVICE, BIGGEST TV in the Dells, and unique LIVE WEEKLY ENTERTAINMENT.

We look forward to seeing you soon!!